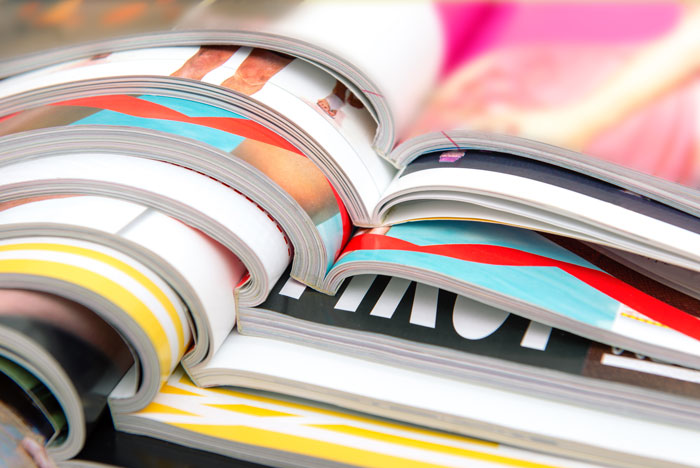 Regardless of how the election (US) turns out in November, at some point the economy will turn around and consumers will spend again on non-essential products.

When that happens, there will be a surge again in catalogues and eCommerce sites that take consumer indulgence to the limit. And most of them will fail.

As I’ve written many times over the years, no one ever says “I’ve studied over 1,000 eCommerce, retail, and catalogue companies, and determined that the sweet spot for growth is having a US$65 average order, with a 64 per cent gross margin, fulfilment expense of 8 per cent and a customer acquisition cost of only 18 per cent of net sales. I have assembled the right mix of proprietary products and operations to get me there”.

No, it’s always something much more poetic than that. I recall meeting with a cataloguer years ago that sold speciality products for dogs, mostly pastel-coloured dog chews and collars. When I asked them who their competition was, they said they had none because they were unique. (Remember, this was dog chews). I then asked which catalogue they most wanted to emulate, and their response was classic: “Patagonia. We want to be like Patagonia. Or Ben & Jerry’s – we want to be like their catalogue”.

I paused and look at them and said “Ben and Jerry’s doesn’t have a catalogue.”

You might laugh that someone could have such a naïve view of the catalogue and eCommerce world, but in my experience, that is the view most people new to the marketplace exhibit. They are in LaLa land when it comes to the reality of making a profit. Further, they think the consumer is going to line up at their door because they are thinking pure thoughts while they pack your order.

I was not surprised that LinkedIn featured numerous postings from people over the past two weeks about how great it was that the Patagonia founder Yvon Chouinard was turning his company over to a trust, which would use future company profits to save the planet. Who could argue with that?

But can you emulate it? Ten years ago, I wrote a posting in this space that Patagonia was The Most Dangerous Catalogue In The World. Why? Because as much as we’d like to think all companies should have the same philosophy as Patagonia, and that all owners are as altruistic as the Patagonia founder, it doesn’t work that way.

In my opinion, there can only be one Patagonia. It is not so much that they are unique. They simply have a method of selling that works for them. They have built a position in the market that allows them to take a stand for “social justice” and saving the planet. It works for them. Most companies can’t do that. (Oh, and I didn’t see anyone that praised Mr. Chouinard’s altruistic actions point out the fact that setting up his trust allowed him to avoid a US$700 million capital gains tax – we’ll save that story for another time).

Patagonia is also valued at $3 billion, which puts it in a different league than most of you. Let me use a slightly different example that is more in line with your size.

We have a local company here in rural Cheshire County, New Hampshire called Badger. They manufacture and sell skin-care products. It is family-owned, women-owned, and its materials are organically sourced. They have solar panels on the roof and an in-house daycare centre. Every year, they are named one of the best places to work in NH. And there is a constant stream of letters to the editor in the local newspaper asking why all local companies can’t be more like Badger (especially the in-house daycare).

The reason is simple – margin. Badger manufactures a product, packaged in cute little bottles and tubs, that cost little to make, and for which people are willing to spend an exorbitant amount. I will admit to relying on Badger products more than once as great stocking stuffers for my wife at Christmas.

Some would argue that the reason the consumer is willing to spend so much on these products is because of the social values associated with the brand. But most consumers are unaware of the company’s mission statement. They just like the products.

Please – I’m not knocking the good work that Badger does. But they hit upon the right combination of products, ingredients, and packaging which gives them the financial wherewithal – margin – to do all these good deeds. Most of you are struggling to stay afloat. You’re certainly struggling to staff the warehouse.

Badger also does something else though. They market their products as having value for the sake of the product’s purpose – protecting your skin. They don’t claim their products are superior because of their social and climate commitments. They claim they are superior because they do a good job of keeping your hands and lips from getting chapped, which is an issue during a cold New England winter.

And that brings me to the title of today’s posting – catalogueelitism and vanity. Far too many upscale cataloguers crash because they fail to offer value. Instead, much like curated collections in museums, many upscale catalogues are about showing how superior the owner – not the products – and his personal tastes are to yours.

If you are a faithful reader of this blog, you know I have never put much stock in branding. There are some consumers for whom a fancy brand and fancy product label mean something. And if you think you can build a business around those consumers’ ever-changing fickle tastes, go at it.

When I was a kid in the mid-1960s, my father had an office on Newbury Street in Boston. If you are unfamiliar with Boston, Newbury Street is where all the latest upscale boutiques and retailers are located. It was an odd location for my father’s office, which was a non-profit organisation, but the office was on the 5thfloor of a nondescript building.

Over the years, I’ve seen hundreds of retailers come and go on Newbury Street. Opening a store there is practically a sure sign that the company is headed for trouble. Why? Because they are trying to appeal based on fashion alone, and not value. Of course, there are shoppers for whom fashion is important, but usually not as many as management wants to believe.

The catalogue and eCommerce version of the vanity store on Newbury Street is having an incredibly poorly designed website that relies on gimmicks to get you interested in overpriced stuff. Below is an example.

The first image is an ad I spotted on Facebook for yet another monthly subscription program, this one from Bespokepost.com. The second two images are from the home page when I visited their site in mid-September.

There is a direct relationship between the number of “pages” you make me click through on a home page before you show me any products, and the number of months before you go out of business. The people behind this company obviously loved the PowerPoint deck they used on investors so much, they incorporated it into the website. How dumb!

As a reader once shared with me “There are many retailers who believe their product is so special that they make people jump through hoops to buy them. Then those same retailers are shocked when consumers go to Amazon and buy nearly the same, or exactly the same thing, yet without a fancy label for a fraction of the cost. The basic concept of value is always value to the customer, not whatever value a retailer assigns to the item.”

Yes, some urban hipster from Cambridge might be intrigued by a “curated” hunting knife to go with his artisanal-blended whisky. But how many of those kinds of “products” would you want over time, monthly? Even for the vainest urban hipster, it would not be many. At some point, the novelty wears thin and must be replaced by value.

And what will drive value for you? Margin. Last year at this time, I told you your number one goal for 2022 was to hire one or more online merchants that were independent of your catalogue. For 2023, your #1 goal must be to increase your gross margins. Don’t focus on a better home page or designing a smaller prospecting catalogue. Focus on what matters – better product margins. They will afford you the flexibility to do the other projects you want.