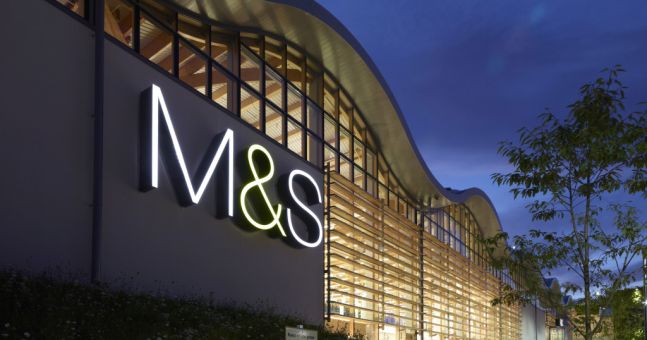 Online sales were up by 55.6 per cent at M&S for the year ended 2nd April 2022 and there was also 3.8 per cent growth in clothing and home sales following a period of transformation to bring the business back to its full potential. Within its results which show total revenues of £10.9bn, the retailer reported strong growth in its food sales, up by 10.1 per cent, with its Ocado joint venture bringing strong home delivery capability to the party. 15 million customers had enrolled in its relaunched Sparks loyalty programme and considerable progress had been made in the efficiency of its online order fulfilment centre which handles clothing and homewares.

The M&S team had focused hard on its ranges, particularly in clothing and home, with pricing realigned to the wider market and better ranges introduced. This has included the introduction of a number of third party brands which resonate with M&S customers and provide them with greater choice. The retailer is planning to open 15 new stores over the next three years, including seven in vacated Debenhams sites, which will allow it to close around 32 of its less suitable/tired, poorly located, and lower performing stores. The retailer already has some 60 digital hubs in place across its stores which facilitate paperless returns as well as click and collect, and will be looking to create this popular feature in all new stores.

Exiting CEO Steve Rowe said: “When I took the reins at M&S six years ago, I committed to tackling the underlying issues that had eroded the strength of the business and building the foundations for future growth. For me, what is important about these results is not just the restoration of profit and strong cash flow – it is that they demonstrate that M&S has fundamentally changed. While there is still much more to do, the business has moved beyond proving its relevance and has the opportunity for substantial future growth.

“It has been my privilege to be the steward and shopkeeper of this fantastic business and extraordinary brand at such an important stage in its history. The changes we have delivered are down to the commitment and hard work of colleagues across the business, and I am delighted to hand the baton to Stuart (Machin), Katie (Bickerstaffe) and Eoin (Tonge) to lead the next phase.”