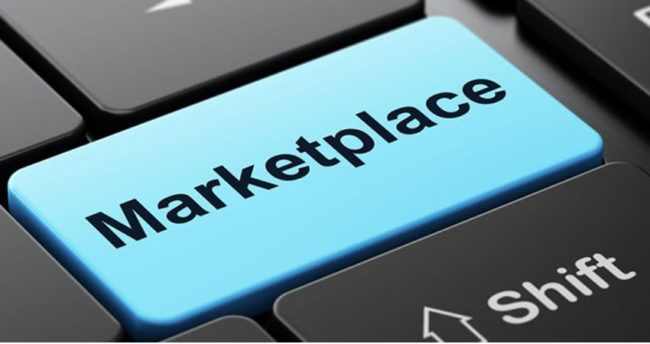 With a large addressable market, growing online shopper base, and increasingly digitised MSMEs, online marketplaces in India contribute more than $100 billion in gross merchandise value (GMV), with B2C eCommerce marketplaces being the single largest segment, contributing $50 billion. Over the next five years, the marketplaces sector is expected to more than triple, to reach $350 billion in GMV. These marketplaces will be creating $400–$500 billion in enterprise value, contributing more than 5 per cent to India’s GDP, enabling more than 15 million micro, small, and medium enterprises (MSMEs) to grow their businesses online, and creating 7 million jobs by 2027. These are among the findings of a new report “The Rise of Digital Bazaars in India”, released by Bain & Company and Accel.

Marketplaces have created tremendous value for individual buyers, for businesses, and for the economy alike. Arpan Sheth, Partner at Bain & Company and co-author of the report said “Marketplaces have contributed to India’s growth story by offering greater access to capital and innovative financing solutions for traditionally underserved segments; enabled MSMEs to transact online, with an increased pan-India reach; and have provided employment opportunities to more than 3 million gig workers in India.”

India has cultivated a vibrant and successful marketplace landscape, demonstrated by the sheer breadth of more than 300 funded marketplaces across multiple categories like retail, education, healthcare, travel, financial services, etc. Almost 20 marketplaces reached more than $1 billion in GMV and many players are turning profitable.

While online marketplaces will continue to be dominated by B2C eCommerce with 40 per cent of the total GMV in 2027, the B2B eCommerce marketplaces GMV is slated to grow by five times its current size to reach $55 billion, followed closely by online food delivery which will almost triple in size to reach nearly $22 billion.

Not just for buyers and sellers, marketplaces have also seen significant traction with investors in recent years, having received cumulative funding of $30 billion between 2018 and October 2022. B2C eCommerce, B2B eCommerce, and online food delivery were among the highest-funded marketplaces sectors, together accounting for close to 60% of total funding received in the last 5 years. From B2C eCommerce marketplaces leading the share of deal volumes in 2018, B2B eCommerce marketplaces emerged as the frontrunner in 2022, with deal volumes growing to 31 per cent of the total deals in the year so far.

2021 was a landmark year, which saw funding in marketplaces reaching $16 billion, growing four times compared to 2018 and deal volumes doubling in the same period. However, in 2022 year-to-date (YTD) marketplace funding activity has been moderate at $4.5 billion, given the tempering of 2021 highs, valuation corrections, and muted sentiments in global public markets.

Prabhav Kashyap, Partner at Bain and Company and co-author of the report said, “Dealmaking in the short to medium term is likely to be more measured and valuation multiples will see some degree of rationalisation. The future of marketplaces, on the other hand, is robust and with strong growth in their GMV and continued interest from investors, we expect the segment to see ample opportunities and a strong pick up. While the marketplace model is popular across multiple categories, upstream business-to-business (B2B), fintech, and shipping and logistics are some of the most exciting areas. These sectors show evidence of successful marketplaces as well as significant headroom for growth of new or emerging players.”

Upstream B2B presents as a $1 trillion+ opportunity and a high margin potential; with fragmented supply, need for disintermediation, and government initiatives being key growth drivers. Fintech marketplaces have also grown owing to the low penetration of financial/insurance products, digitisation of user base, and availability of easy-to-use digital platforms. An approximately $200 billion addressable market and supply chain inefficiencies have resulted in a surge of tech-based shipping and logistics marketplaces.

Anand Daniel, Partner at Accel and co-author of the report said, “India is one of the world’s fastest-growing and most dynamic emerging markets. Our report on the country’s digital bazaars reveals the extent to which marketplaces have grown in this market across both business-to-consumer and business-to-business segments. More than 1/3rd of large outcomes in our start-up ecosystem have been marketplaces and contribute to more than

$100 billion in GMV. Accel India is fortunate to have partnered with many of these marketplaces from seed to scale. We have invested more than $700 million in these companies, and continue to look for more such opportunities.”

The report highlights that the next wave of scale marketplaces has the potential to emerge in two additional major categories— (1)‘Bharat-first’ models driven by participation from tier- 3+ cities, and (2) global cross-border models addressing the export potential India has.

Gaming, caregiver services, creative content, Web 3.0, have large-scale marketplaces in mature markets, but are currently nascent in India. They represent future trends in the Indian marketplace landscape, and are a precursor for these segments to grow large in India given proof of scale in US and China, where multiple unicorns are present in these areas.