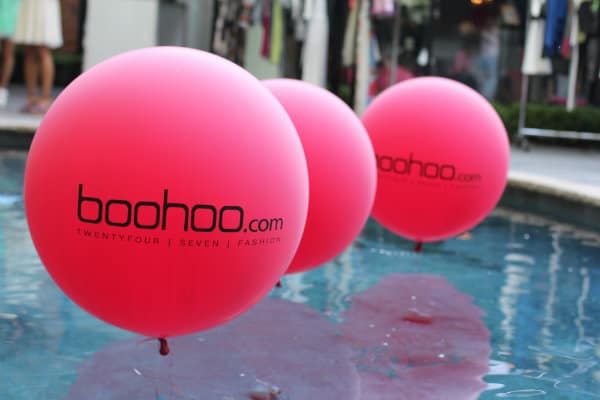 Boohoo has posted its results for the year to 28th February ’22. Whilst sales rose to reach just under £2bn, up by 14 per cent compared with the prior year, pre-tax profits fell by 94 per cent. UK sales had risen by 27 per cent but international sales were down by 3 per cent.

The business said that higher returns rates, increased inbound freight costs, extended delivery times as well as lockdowns in many markets including China had impacted its profits. No specific mention was made of its supply chain and the remedies it had been implementing to ensure that its UK suppliers were confirming to the required legislation on minimum wage, employee benefits,  and working conditions, but this too will have eaten into margins. The business says it is now targeting 60 per cent UK and near-shore sourcing from its current level of 40 per cent, in order to reduce its reliance on manufacturers in Asia, and particularly China, to reduce its freight costs and gain greater control over its supply chain. Boohoo had absorbed most of its increased costs rather than pass them on to customers.

It also said that the costs associated with the opening of two new distribution centres, the relaunch of Debenhams as an online-only retailer and the integration of Dorothy Perkins, Wallis and Burton had all contributed to its lower profit.

boohoo CEO John Lyttle said: “Our focus over the past two years has been on investing to build a strong platform, with the right infrastructure, supported by increased capacity to better serve our customers.

“In the year ahead we are focused on optimising our operations through increasing flexibility within our supply chain, landing key efficiency projects and progressing strategic initiatives such as wholesale and our US distribution centre. This will ensure that the group is well-positioned to rebound strongly as pandemic-related headwinds ease.”