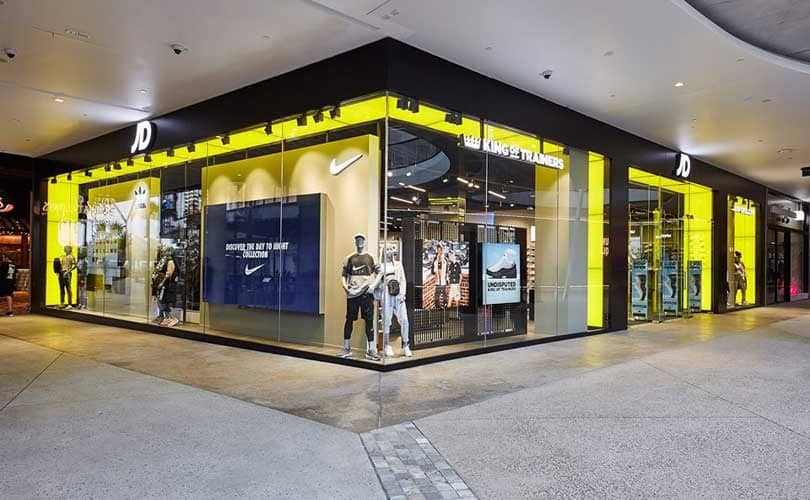 Results for the first half year at JD Sports came in at the top end of the Board’s expectations with profit before tax and exceptional items of £383.5 million (2021: £439.5 million).

The business had opened 51 net new JD stores across Europe including a first store in Hungary, with the first store in Greece due to open shortly. 101 stores are now trading as JD in the United States with a flagship store in Chicago due to open in the second half. Four JD stores in Indonesia and two JD stores in Israel opened under Joint Venture arrangements in the period, meaning that the core JD fascia now has a retail presence in 27 countries. It had also made further progress in Australia with three new stores opened in the period and a first store in Adelaide opened subsequently.

Andrew Higginson, Non-Executive Chair, said: “Whilst this has been a period of transition for the Board, it is reassuring that this has not impacted the financial performance of the Group which continues to deliver strong results with a profit before tax and exceptional items in the first half of £383.5 million (2021: £439.5 million). With this year expected to follow a more normalised trading pattern, this result is at the top end of our expectations for the first half demonstrating the ongoing resilience of our global proposition and the strength of our consumer engagement.

“The progress that the Group is making in its global markets is reflected by the fact that total sales in the Group’s organic retail businesses were 5 per cent ahead of the prior year. This performance is very encouraging, as notwithstanding the non-comparability of trading conditions in the United States, the Group has also faced numerous other challenges in the period including the well-publicised shortage of supply from a number of the international brands and the challenging global macro-economic situation.

“JD continues to be the partner of choice for many international brands who see our premium fascias as the natural home for their latest ranges and freshest new styles. Our relationship with these brands and our access to product is as strong as it ever has been.

“We are delighted to welcome Régis Schultz to the Group as Chief Executive Officer. Régis has now commenced in the role with his induction into the Group, including introductions with key business leads and international brand partners, at an advanced stage. We firmly believe that Régis has the right characteristics and experience to lead the Group on the next phase of its journey.

“We continue to be reassured by the ongoing resilience in the Group’s performance with trade to date through the second half following a similar trend to the first half with total sales in the Group’s organic retail businesses tracking around 8 per cent ahead of the prior year after six weeks.

The business has also confirmed that it has reached agreement with Peter Cowgill with respect to his departure from the business. This will see Cowgill receive payment for his contractual period of 12 months from 25 May as well as a further £3.5 million for agreeing to a two-year restrictive covenant along with £2 million for providing consultancy support as required by members of the JD Sports board over the next two years.

The board also went on record acknowledging “the tremendous role that Peter played in leading the team that transformed the business he re-joined in 2004 into one of the world’s leading retailers of sports, fashion and outdoor brands.”