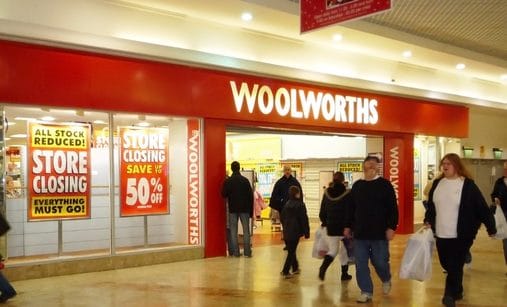 There is a (very faint) glimmer of hope that Woolies will be
saved from extinction after it emerged this morning that former chief executive
Sir Geoff Mulcahy is meeting with Ardeshir Naghshineh, Woolworths’ biggest
shareholder before the business’s collapse, to discuss “a possible 11th-hour
rescue plan” writes The Independent.

This morning will also see Woolworths meet with the BBC for
“crunch talks about the sale of Woolworths’ stake in 2entertain” reports The
Telegraph. BBC Worldwide reportedly offered £40 million for Woolworths’ 40
per cent stake in the video and music publishing joint venture late last
week-just a month ago, it offered £110 million.