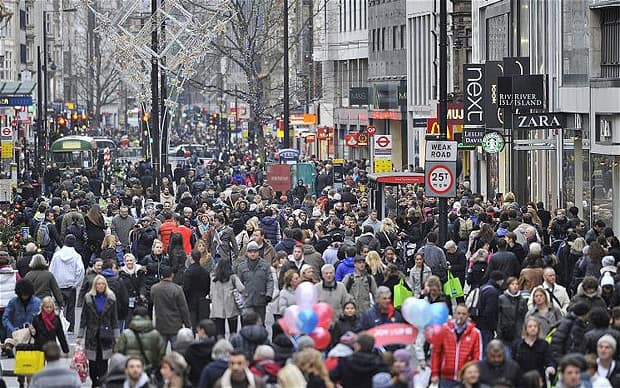 Despite the cost-of-living crisis causing consumers to limit their spending, the majority (83 per cent) of Brits say it’s critical to support local high streets this festive season. This will be pleasant news for independent retailers across Europe, with 87 per cent citing the end of year sales as the most important commercial event of the year.

A new research report, The Seasonal Shopping Snapshot, published today by Ankorstore – a curated marketplace – analyses both sides of the coin when it comes to consumer spending this Black Friday and Christmas shopping season, and discusses the ongoing pressures facing retailers and consumers alike when it comes to the rising cost of living and political turmoil.

Research shows that more than half (54 per cent) of British independent retailers are expecting an uptick in profits and sales volumes as they head into the festive shopping season, and more than two-thirds (69 per cent) remain optimistic that consumers will continue to support their store in the months leading up to Christmas.

The reality, however, suggests that Brits can expect fewer presents under the tree this year, with 41 per cent of consumers planning on buying fewer gifts for Christmas than they did last year, and 6 per cent planning to buy no Christmas gifts at all.  And it’s not just gifting that is being affected, with 60 per cent of Brits admitting they will be spending less in shops and online due to rising costs, inflation and a pending recession.

Millennials, in particular, are feeling the pinch, with over two-thirds (67 per cent) stating that they will be spending less on luxuries and commodities as the cost-of-living crisis continues. That being said, more shoppers are looking to buy local (66 per cent), in hopes of supporting their wider community.

Black Friday has become a mainstay of the British festive season, but this year in particular with rising inflation and consumers looking to cut back on their spending, will it do more harm than good, and will it provide the sales boost that independent retailers are hoping for? If Amazon’s Prime Day sales are anything to go off, with spending tracking a typical day, consumers may have discount fatigue already.

Consumers plan for a paired-back Black Friday with over a third (37 per cent) of Brits not planning on buying anything this Cyber Week, and a further 22 per cent planning on spending less this year than last. Gen Z, however, could power the sales this year with almost two-fifths (38 per cent) planning to spend more than they did last year, compared to the average of just 17 per cent.

The number of independent retailers expected to take part has increased by a fifth (24 per cent) compared to last year, with over half (56 per cent) saying they will be participating next month. This may pay off as consumers are still planning to spend an average of £201.80 during the sales, even if it is less than last year, with that figure rising to £245.10 for men.

Over half of Brits (55 per cent) state that quality is the most important attribute when it comes to finding the right present, with sustainability (30 per cent), locally sourced (18 per cent) and cruelty-free (14 per cent) also notable considerations. Brits ultimately want a world where independent retailers and businesses – the backbone of the UK economy – can not only survive, but also thrive and grow.

Mary Portas, retail expert and broadcaster, commented: “People know how critical it is to shop local. A whopping 83 per cent of them. Independent retail has been through the wringer in recent years but most of us know we’ve got to do our bit to support it. Thriving retail help us all. Busy local high streets provide community and connection. Online retail provides employment, inspiration – and a whole heap of products that you don’t get in brands with a thousand stores. Let’s spend our money wisely this Christmas.”

When looking at festive retail trends across Europe, a huge 80 per cent of retailers are facing reduced consumer spending power, an increase in energy prices (46 per cent) and increased competition from big chains and eCommerce websites (43 per cent).

Interestingly, whether you’re a retailer in the UK, Germany, France, Spain or Italy, the majority refer to the same strategies to combat these challenges and save money. Almost two-thirds (63 per cent) of retailers across Europe are planning to reduce their energy consumption by cutting back on heating and by stopping illuminating shops at night, while more than half (54 per cent) will double down on their communication strategies via social media and flyers to encourage existing and new customers to shop, and  47 per cent will limit stock buying and storage and instead restock last minute.

Tarun Gidoomal, UK General Manager at Ankorstore, commented: “Whilst Black Friday is widely regarded as a critical sales moment for British retail, the question remains: will Black Friday be a short-term sales saviour, or do independent retailers feel pressured into offering unsustainable discounts to compete against larger chains?

“Ultimately, what makes British independent retailers so special is their uniqueness. There is no ‘one size fits all’. 24 per cent more independent retailers are planning on running Black Friday discounts this year (56 per cent, up from 45 per cent in 2021), but others are not participating as they believe that it’s not right for their business.

“Our mission has always been to empower retailers to make the choices that are right for them. That’s why we’re here to support those independent retailers during this period by lowering our prices, which retailers can pass on to their customers in the form of Black Friday sales, or simply keep extra margin. With consumer’s feeling the squeeze, it must not just be on their shoulders to support our essential retail sector, and I implore the government to explore new ideas to breathe life back into our British high streets.”

Ankorstore is launching the first ‘Independent Black Friday’ across Europe this month, offering independent retailers a discount of up to 50 per cent on over 30,000 brands to stock their stores ahead of the shopping season, passing the discounted savings directly onto the consumer rather than forcing retailers to cut profits. The sale will run from 17th – 26th October, enabling retailers to purchase stock in advance of the consumer spending moment.