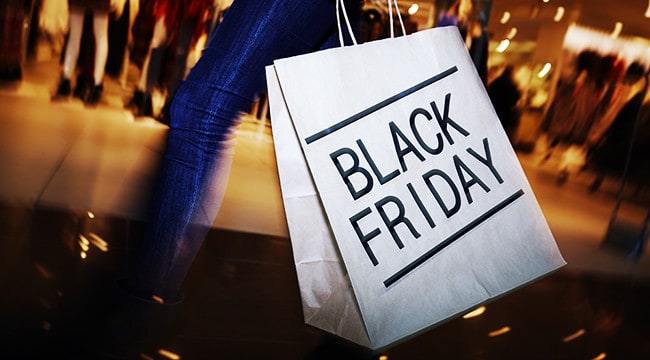 Cyber Monday and the Black Friday weekend boosted UK retailers’ online revenues, with web traffic and conversions also rising during the discounting event, according to the latest data from Wunderkind.

According to Wunderkind’s Marketing Pulse, which analysed over 52 million shopper journeys in the lead up to the Black Friday weekend, web traffic to UK retailers’ eCommerce sites built steadily towards the annual discounting event as shoppers searched out deals and offers.

Web traffic peaked on Black Friday itself, up +49 per cent week-on-week, with digital shopper traffic volumes up +16.6 per cent year-on-year on Friday 25 November. The uplift continued into the weekend, where shopper visits to online websites remained +22 per cent and +26 per cent higher than the respective Saturday and Sunday of 2021’s Black Friday weekend. On Cyber Monday web visits also rose week-on-week, up +25 per cent on the Monday prior.

Meanwhile, high street data from Sensormatic’s footfall index, which captures over 40 billion store visits each year globally, showed that UK shopper traffic numbers in-store rose +3.7 per cent year-on-year on Black Friday, representing a +32.9 per cent increase week-on-week. The Black Friday boost to footfall continued into the weekend, with the number of shoppers hitting the High Street up +10.9 per cent year-on-year on Saturday and +8.1 per cent on Sunday compared to the respective days in 2021.

Separate data from Barclaycard showed the number of transactions rising 3.2 per cent on last year on Black Friday, with an all-time record number of transactions taking place between 12 noon and 1pm. Meanwhile, John Lewis said customers ordered 5.5 products each second during the discounting event, with tech and fashion performing strongly, while Boots said customers made over three orders a second on its website on Black Friday.

“Many had pointed to the possibility of a ‘muted’ Black Friday, with concerns that consumer caution could disrupt spending across one of retail’s busiest annual events,” Cian Agnew, executive director at Wunderkind International, commented. “However, what we saw was a far cry from the ‘Bleak Friday’ some feared, with shopper demand holding up well in the context of the cost-of-living and squeezed household budgets, as consumers made the most of deals and limited time offers ahead of Christmas.

“For retailers, it’s crucial they capitalise on this uptick in demand to sustain performance into December and 2023. They need to work to turn these Black Friday customers into long-term, loyal, repeat purchasers. The key to unlocking that latent demand lies in using the insights and first-party data acquired across the Black Friday weekend to deliver effective, personalised and valuable content to customers at each stage of their shopping journey. Brands, more than ever, need to be providing value beyond their products.” he added.