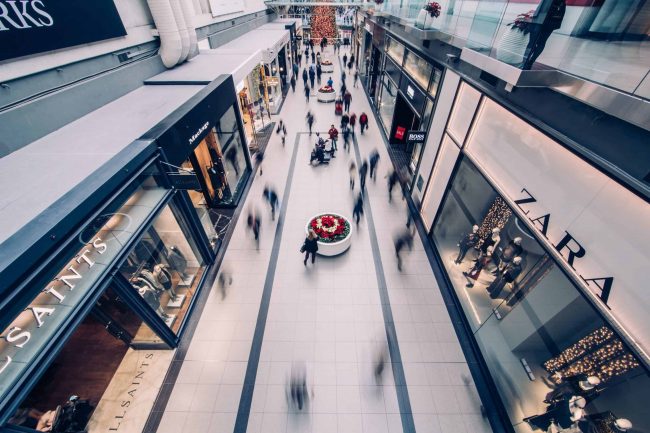 “Footfall levels on all major UK high streets was up 14 per cent to 8.66 million in September 2022, from 7.62 million the previous month.

In London, footfall was also up 14 per cent in September as people descended upon the city to pay their respects following the passing of Her Majesty the Queen. According to RSM UK’s analysis of the latest data from Datscha, the biggest spikes in footfall were in Guildford (up 45 per cent), Glasgow (up 27 per cent) and Brighton (up 23 per cent). Nottingham was the only city to see a drop in footfall last month of 9 per cent.

Despite falling behind 2021’s footfall levels for the first time this year in August, as a whole, UK footfall is now exceeding 2021 levels again but is yet to surpass pre-pandemic levels in 2019 – down 24 per cent.

Although September was a largely positive month for footfall, this hasn’t translated into sales, with the latest retail sales figures falling 1.4 per cent.

While it’s clear the UK high street is still very much alive and kicking, the tough part for retailers is converting shoppers who are window shopping into cash in the tills. Some retailers have huge amounts of stock sitting on their shelves and gathering dust in warehouses, so they need to remain agile and get their in-store stock allocations right, for example in the lead-up to Black Friday, or be smart with offers to entice more sales.

Price rises, the ongoing squeeze on household incomes and political turmoil will understandably add to consumers’ worry. Shoppers are having to think more seriously about their purchases than in the past.

With a new prime minister in place, this will hopefully bring some certainty to the sector, particularly if the government brings a business rates reform back on the table. It’s clear bricks and mortar retailers are attracting shoppers back in store, but they need a promise from the government that they won’t face a business rates hike which could erode fragile margins and take a stranglehold on a sector in desperate need of support.”